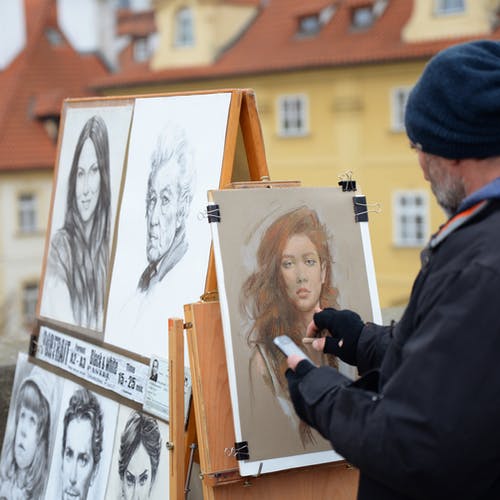 Et in Arcadia ego, also known as Les bergers d’Arcadie, is a famous painting by Nicolas Poussin. Paintings depicting ideal shepherds from classical antiquity, clustered around the tombs of austere. This painting is an idyllic tone non-physical; to some extent it reveals the painter’s situation and his hopes for art. The character costumes in the paintings follow the Greek style. He had always regarded this image as a show of noble art. For Westerners, it is indeed nostalgic.

This painting of Et, celebrated in Arcadia’s ego, takes on an obscure meaning, becoming an enigmatic work in art history. Acadia is said to be the ancient “promised land”. It shows a serene wilderness, where a genial sunshine sparkles on the tomb before some trees. The background is a clear, bright blue sky. Four shepherds wearing crowns with croziers in hand gathered around the tombstones studying the inscriptions. A shepherd with a beard and cheek knelt down reading the monument inscription and turned to the right to say something to the female shepherd. The inscription on the stone reads: “Even in Arcadia I entered.”

According to the art historian’s explanation, here, “I” refers to “death”. Therefore, the inscription seems to say: “In a beautiful heaven, death is inevitable.” Obviously, it’s like “good view, but life is short.” From the face of the shepherd on the tomb with his head down we can see that his nostalgia stands in stark contrast to the shepherd woman standing on the left.

The shepherd wears a yellow dress and a blue skirt, the colors are the most eye-catching in the whole painting. The female character is mysterious, It is said that she is a symbol of a happy life. He contains a bent jaw, quietly listening to the inscriptions, but gives us a soothing taste. Worry and compassion, melancholy and sorrow are problems of the philosophy of life. Here the female shepherd is an emotional contrast. It seems to say to the audience: “Death is not scary. Arcadia, after all, is the land that the common man coveted.”

Nicolas Poussin’s sublime painting style depended on his artistic accomplishments. The figures he paints come from Greek and Roman sculptures. He believes that these images are valuable because they correspond to a kind of “model”. As a result, the characters in his paintings never come from real life, such as his famous works of Apollo And Daphne, Cephalus And Aurora and Bacchanal Before A Statue Of Pan.